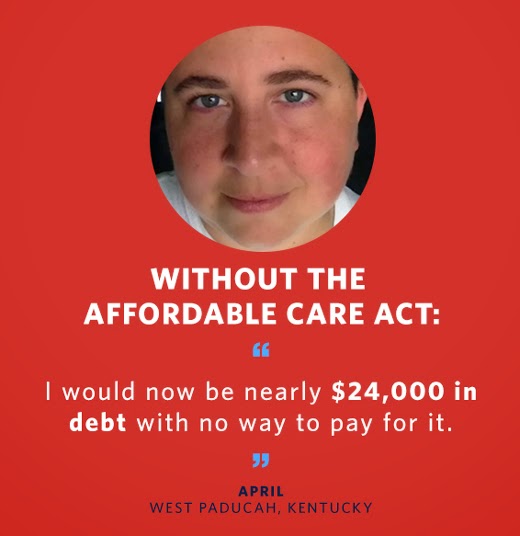 So yesterday, House Republicans voted to repeal the Affordable Care Act (ACA)  - for the 56th time.

If there is a 57th attempt to debate and overturn the ACA, here’s what we should do: We should form a fund and get friends, neighbors, etc. to chip in a nickel for each minute that members of Congress waste “debating” what they’ve already “debated” 56 times. And we should spend the money on voter registration and get-out-the-vote efforts.
Here’s how it could work:

Let’s estimate (based on prior “debates”) that Congress (and staffers) spend 450 minutes on “Debate” 57:

If 9 other cities in  King County follow Seattle’s lead, we generate 225,000 dollars.

If 5 other counties in Washington State follow King County’s lead, we raise over one million dollars.

It just might be enough to ensure that in Washington, in 2016, pro-repeal electeds don’t get back into office, and pro-repeal candidates don’t get on the ballot.
Posted by Lisa Arnold

Email ThisBlogThis!Share to TwitterShare to FacebookShare to Pinterest
Labels: Affordable Care Act, Congress, fundraising, health care, organizing, repeal, Republicans
Newer Post Older Post Home
"I received an extremely grounded and practical education on ...grant writing I was already familiar with. Your insights and ... examples as well as commentary were so relevant and insightful....You were an excellent and accessible presenter..."
Mari Kim, PhD
Grant Writer
___________________