The Hell Raiser's Blog - CSPAN as a Fundraising Tool 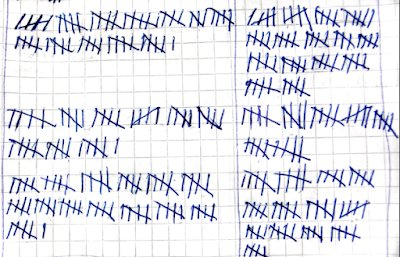 There has been a lot of media coverage of yesterday's Donald-Nancy-and-Chuck meeting. A number of folks observed that Trump repeatedly interrupted Pelosi, which prompted more than one observer to bemoan the fact that, in general, interruptees are disproportionately women.
All this prompted me to think about how CSPAN footage can become a great fundraising  tool for women's organizations - especially for women's advocacy organizations. For example, feminist fundraisers could ask folks to pledge $5/$10/$100 for each time that:
- Kamala Harris (or Dianne Feinstein, Amy Klobuchar, et. al) is interrupted during the Judiciary Committee's next hearing,
- Hilary Clinton or other female candidate for elected office is interrupted during a candidates' debate
- someone like Mich McConnell tries to silence someone like Elizabeth Warren during a speech, etc., etc., etc.

The possibilities are endless.

Email ThisBlogThis!Share to TwitterShare to FacebookShare to Pinterest
Labels: CSPAN, fundraising, women's organizations
Newer Post Older Post Home
"I received an extremely grounded and practical education on ...grant writing I was already familiar with. Your insights and ... examples as well as commentary were so relevant and insightful....You were an excellent and accessible presenter..."
Mari Kim, PhD
Grant Writer
___________________