For a good laugh (or cry), watch CSPAN 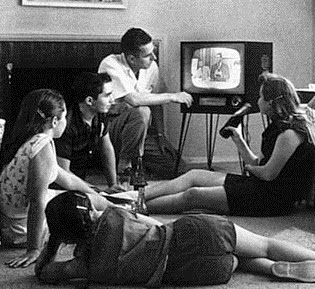 Who knew watching CSPAN could be so entertaining?


If you watched last Wednesday, you may have seen U.S. Rep. Pete Sessions (R-TX) on the House floor, ripping the Affordable Care Act:


If you just do simple multiplication, 12 million [insured individuals] into $108 billion, we are talking literally every single [Obamacare] recipient would be costing this government more than $5 million per person for their insurance. It’s staggering….$108 billion for 12 million people is immoral. It’s unconscionable.*

At first all that righteous indignation over numbers that do not actually exist is entertaining. Then - let's face it - it's disturbing. This guy is making decisions about how to run the country? How many more like him are in Congress? And what other decisions are they making?

Well, this week, in the Senate, the Budget Committee approved a resolution that would:
among other things.

Of the 22 Committee members, 12 Republicans voted in favor of the cuts, and 9 Democrats and 1 Independent voted against.

I followed the Republicans' explanation for the budget on CSPAN and other news sources. It went something like this: "Oh no! National debt! .... Good Hardworking Americans!...kitchen table!...hard choices!...Our Children! ...Our Children's Children!...going forward...weeks and months and years and decades ahead! ... commonsense budget!...protect us!...disaster!"

Our Children, and  Our Children's Children – because they will have been “protected” from education spending – are going to end up sounding like this guy

every time they open their mouths.

Watching CSPAN – a radical act of finding out just how messed up Congress really is.

* Both the figures cited and the "multiplication" of the incorrect figures are incorrect. Twelve million "into" 108 billion is 9000 - not 5 million. When accurate numbers are used, the number is $4130.
Posted by Lisa Arnold