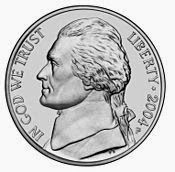 A group of human services providers in Seattle recently issued a report on the proposed citywide $15 per hour minimum wage; in this report, they urge supporters of a $15 minimum wage to more carefully consider the unintended consequences of the pay hike.  They suggest that one  consequence will be the elimination of important services to vulnerable people, ostensibly because nonprofits will have no choice but to cut staff and/or services.

Here’s what I say to the coalition: Rightbackatchya!

Yes, unintended consequences are bad. You know what else is bad? Missed opportunities. These too, can happen when policy proposals are not more carefully considered.

Consider this: The $15 minimum wage debate presents Seattle with the opportunity to push for the kind of change that could ameliorate the very conditions so many nonprofits seek to address. Human service and other nonprofits should be at the forefront of this push: Because they serve so many low-income people, they are uniquely positioned to both inspire stakeholders to action and to shape the minimum wage debate. When a policy issue demands immediate action, what other organizations have the needed credibility to contact hundreds of stakeholders and motivate them to act? What other organizations have as much exposure to the depth and breadth of problems resulting from poverty?

But many nonprofits, by staying out of the $15 minimum wage debate or by advocating exemptions and postponements, forfeit this opportunity. Others by insisting that they will have no choice but to cut services if the minimum wage is raised to $15 per hour lend legitimacy to the position that it is okay to pay people poverty wages - however unintentionally they may do so.

I know how hard it can be to run a nonprofit on a shoestring. I have done it - more than once. I recognize that finding more money for salaries increases the workload of executive directors and management staff who are probably already overworked and underpaid, and for board members who already volunteer long hours. And I realize some nonprofits will not be able to come up with a way to pay all employees $15 an hour by 2015 - even if management staff take pay cuts or boards do more fundraising.

But all nonprofits can - and should - take stock of what they are doing to promote fair wages for workers (in their own organizations and across the sector), and brainstorm what more they could be doing. With growing public interest in living wage policies, now is the time to advocate an end to the funding model that calls for nonprofit workers to design and implement successful programs, track their progress, do more with less, and patch holes in the ozone layer - all on Walmart wages. It's up to nonprofits to more aggressively educate government agencies, foundations, corporations, and individual donors about how critical their services are, and how important it is to pay a living wage to the people who deliver them.

Email ThisBlogThis!Share to TwitterShare to FacebookShare to Pinterest
Labels: $15 minimum wage, low-income, pay, poverty, worker
Newer Post Older Post Home
"I received an extremely grounded and practical education on ...grant writing I was already familiar with. Your insights and ... examples as well as commentary were so relevant and insightful....You were an excellent and accessible presenter..."
Mari Kim, PhD
Grant Writer
___________________