Fundraising with More Moxie than Money 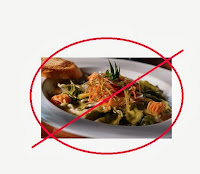 It’s the season of big benefit dinners: dinner-and-auction dinners, gala dinners, dinner-and-dance dinners - every week-end between now and January. While these big benefits have their place (usually a swanky downtown hotel), sometimes I wonder if it's time to expand the menu of fundraiser options. First, too many big benefit events cause donors to fall victim to chicken-on-rice-pilaf-and-auction fatigue, which reduces their tolerance for dinner-and-auction affairs. Also, in this age of austerity, many would-be donors just can’t afford fancy events: Who can afford downtown Seattle parking?

What’s needed is more diversity vis-à-vis fundraising events. This would help nonprofits with limited cash flow to avoid spending more money on events than the events generate. Also, it would help them to attract support from would be donors who can’t to buy tickets to a fancy gala. Here are a few examples:

Your child’s tap dance troupe needs to raise money to travel across the country to an upcoming national competition. What kind of event can you do that’s different, inexpensive to produce, and unique? You could invite local celebrities to participate in a “Dancing with the Stars”-type of competition, only one that involves an activity that requires less physical preparation and training.  You could put on “Rappers for Tappers,” a performance that would involve local rappers coaching and performing with other local celebs. You could ask for an admission fee, or you could ask guests to vote for their favorite performers by dropping money in piggy banks corresponding to each team of rappers (who donate the money to your troupe). Or both.

The “If I Had a Dollar for Every Time …” Campaign: Pretend it’s election season. You are on the board of directors of a statewide anti-poverty organization with a large database of donors and other supporters. You and the other board members decide to raise money via an online fundraising campaign. You ask your supporters to fund your work by pledging $1 (or whatever) each time a local candidate spouts the “If-You-Work-Hard-and-Play-By the-Rules-You-Can-Make-It-In-America!” mantra.

Evil Ex Raffle: One organization with which I worked held a fundraiser with a Valentine’s Day theme – but for single people. This organization was putting on the event with almost no money and only a few weeks’ lead time. They wanted to hold a raffle during our event, but lacked the money and time to procure prizes; so we decided to hold an Evil Ex Raffle. We asked guests to donate gifts - from ex-partners - that we could use as raffle prizes. We collected a lot of prizes, including pieces of art, jewelry, and hand-crafted furniture.  Guests loved the raffle, which gave us a great return on our investment.

Stay tuned for more examples … and send me yours!
Posted by Lisa Arnold

Email ThisBlogThis!Share to TwitterShare to FacebookShare to Pinterest
Labels: benefits, fundraising, galas, limited cash flow
Newer Post Older Post Home
"I received an extremely grounded and practical education on ...grant writing I was already familiar with. Your insights and ... examples as well as commentary were so relevant and insightful....You were an excellent and accessible presenter..."
Mari Kim, PhD
Grant Writer
___________________